In a time when Shadowhunters are barely winning the fight against the forces of darkness, one battle will change the course of history forever. Welcome to the Infernal Devices trilogy, a stunning and dangerous prequel to the New York Timesbestselling Mortal Instruments series.

The year is 1878. Tessa Gray descends into London’s dark supernatural underworld in search of her missing brother. She soon discovers that her only allies are the demon-slaying Shadowhunters—including Will and Jem, the mysterious boys she is attracted to. Soon they find themselves up against the Pandemonium Club, a secret organization of vampires, demons, warlocks, and humans. Equipped with a magical army of unstoppable clockwork creatures, the Club is out to rule the British Empire, and only Tessa and her allies can stop them…

This book is a brilliant opening to the trilogy, The Infernal Devices!

I LOVE London, I LOVE the Victorian period, and I LOVE the shadowhunter world! What more could a girl ask for?

The worldbuilding was done beautifully! The way the London institute was described makes you want to visit it in real life! It seems so mysterious and charming.

Now, I’m dying to know what’s going on with Will. I mean, there must be an explanation behind such a rude and sour attitude. I just don’t understand how any girl would fall in love with him if that’s how he treats them. Seriously. Unless something REALLY bad happened to make him that way, he’ll get no sympathy from me. But the thing is, the story is so good, the writing-style so addicting and the other characters so likeable that I couldn’t put this book down! Haha!

Having read Cassandra Clare’s books in the “wrong order” I now finally get a lot of the inside jokes and little comparisons mentioned in her more recent books.

I first read The Mortal Instruments, then the first two books in The Dark Artifices (the third one won’t come out for a while yet), and only now I’m reading The Infernal Devices. Don’t really know why I read them in that order… hahaha! It just sort of happened.

The ONLY reason why I didn’t give Clockwork Angel a full 5 star rating is because the author, Cassandra Clare, mentions that one of the main character’s eyes are blue… over 30 times! I mean, I was on page 376 already and she was still going on about how his eyes were blue! They’re blue, I get it! Move on!

Apart from that single, but annoying, flaw the story was absolutely epic! I can’t wait to see what happens in the second book, Clockwork Prince 😀

“One must always be careful of books,” said Tessa, “and what is inside them,

for words have the power to change us.” 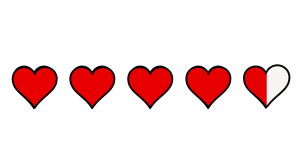