In the magical underworld of Victorian London, Tessa Gray has at last found safety with the Shadowhunters. But that safety proves fleeting when rogue forces in the Clave plot to see her protector, Charlotte, replaced as head of the Institute. If Charlotte loses her position, Tessa will be out on the street—and easy prey for the mysterious Magister, who wants to use Tessa’s powers for his own dark ends.

With the help of the handsome, self-destructive Will and the fiercely devoted Jem, Tessa discovers that the Magister’s war on the Shadowhunters is deeply personal. He blames them for a long-ago tragedy that shattered his life. To unravel the secrets of the past, the trio journeys from mist-shrouded Yorkshire to a manor house that holds untold horrors, from the slums of London to an enchanted ballroom where Tessa discovers that the truth of her parentage is more sinister than she had imagined. When they encounter a clockwork demon bearing a warning for Will, they realize that the Magister himself knows their every move—and that one of their own has betrayed them.

Tessa finds her heart drawn more and more to Jem, but her longing for Will, despite his dark moods, continues to unsettle her. But something is changing in Will—the wall he has built around himself is crumbling. Could finding the Magister free Will from his secrets and give Tessa the answers about who she is and what she was born to do?

As their dangerous search for the Magister and the truth leads the friends into peril, Tessa learns that when love and lies are mixed, they can corrupt even the purest heart.  END_OF_DOCUMENT_TOKEN_TO_BE_REPLACED

I’ve literally just picked this book up from my shelf, so I haven’t even started reading it yet, but I’m sure it’s going to be just as good as the previous books in the series 😀

I’ll DEFINITELY pick up Clockwork Princess (The Infernal Devices #3) when I finish Percy Jackson and the Titan’s Curse! I’m loving this series so much that I don’t want it to end. That’s why I’m taking a little break before reading this one.

Have you ever read any of these books? What did you think of them? Yay or nay?

Thanks for stopping by 😀 Happy reading! 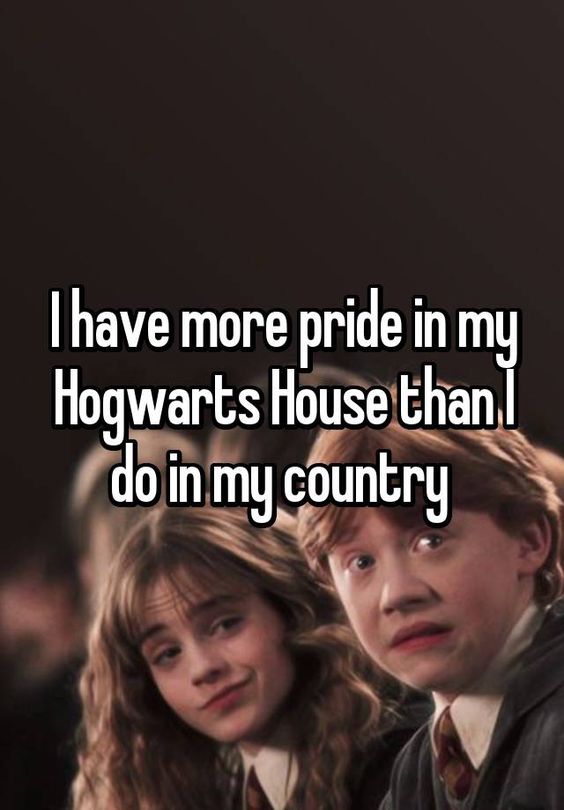 Why Are YA Characters So Young – by Write Through The Night

Thanks for stopping by! Happy reading 😀

In a time when Shadowhunters are barely winning the fight against the forces of darkness, one battle will change the course of history forever. Welcome to the Infernal Devices trilogy, a stunning and dangerous prequel to the New York Timesbestselling Mortal Instruments series.

The year is 1878. Tessa Gray descends into London’s dark supernatural underworld in search of her missing brother. She soon discovers that her only allies are the demon-slaying Shadowhunters—including Will and Jem, the mysterious boys she is attracted to. Soon they find themselves up against the Pandemonium Club, a secret organization of vampires, demons, warlocks, and humans. Equipped with a magical army of unstoppable clockwork creatures, the Club is out to rule the British Empire, and only Tessa and her allies can stop them… END_OF_DOCUMENT_TOKEN_TO_BE_REPLACED

You can’t stop the future.
You can’t rewind the past.
The only way to learn the secret . . . is to press play.

Clay Jensen returns home from school to find a strange package with his name on it lying on his porch. Inside he discovers several cassette tapes recorded by Hannah Baker–his classmate and crush–who committed suicide two weeks earlier. Hannah’s voice tells him that there are thirteen reasons why she decided to end her life. Clay is one of them. If he listens, he’ll find out why.

Clay spends the night crisscrossing his town with Hannah as his guide. He becomes a firsthand witness to Hannah’s pain, and as he follows Hannah’s recorded words throughout his town, what he discovers changes his life forever.

Disclaimer: I have NOT seen Netflix’s adaptation of Thirteen Reasons Why. I have only listened to the story on audiobook through my library’s app, Overdrive.

I was going through Overdrive a couple of days ago, looking for a short audiobook to listen to over the weekend, when I stumbled onto this massively hyped up book. I have to say that, despite the hype, it was surprisingly good! I mean, it wasn’t the best book of the month or anything like that, but it was still a good story.

The book was extremely compelling, and because it’s so short you can devour it in one or two sittings (The audiobook is about 6 hours long). The characters seemed realistic and most were unlikable, but I supposed that was done on purpose. After all, we’re supposed to see Hannah Baker, the girl who committed suicide, as the victim. Since most of the other characters contributed to her final act, and we see them through Hannah’s eyes, it’s not surprising that they come off as being the worst kind of people out there.

It was an engrossing story. A page-turner, if I had read the book in physical format, I’m sure. But if you’re going to read Thirteen Reasons Why I’d recommend you listen to the audiobook. It’s brilliant! It’s narrated by two different actors, one who plays Clay (the guy listening to the tapes and reacting to them throughout the story) and another who plays Hannah Baker (the girl who recorded the tapes before committing suicide).

Despite all that, I’m not sure I would recommend this book to young readers (ie. teens) or people who might be having suicidal thoughts. Thirteen Reasons Why glamorises suicide. There, I said it.

It shows suicide as an easy way out and as a reasonable strategy to deal with your problems, and that’s just wrong. There will always be people out there who want to help. Just like Hannah had Clay, she didn’t think he was interested in helping her but in reality he was desperate to get closer and make her happy. He genuinely cared for her. She was just so absorbed with everything else going on around her that she didn’t notice him, trying to be there for her.

Especially since the target audience for this book is so young and impressionable (I’m not undermining teens in any way. That’s not my intention) I know most teens wouldn’t end their lives just because of a book they read, BUT if someone is already thinking along those lines this may very well be that last nudge they need to actually go through with it. So, I would be extra cautious before recommending this book to just anyone.

Overall, I have mixed feelings about Thirteen Reasons Why. Especially because I, as the reader, was supposed to empathise with Hannah Baker and see her as a victim, which just didn’t really happen. More often than not I felt she was judgemental and bratty (Is that even a word?), but that’s just my opinion.

All I’ll say is, read it at your own risk.

PS: If you experience suicidal thoughts or if you’re worried about someone who might be feeling that way, there are things you can do to help. The following are NOT religious organisations and they’re available 24/7 online or by phone.

The rest of the world: I couldn’t possibly list every helpline in the world here, but a simple google search will bring up the most relevant service for your own country.

Or, if you feel like talking to someone (with a degree in Psychology but not much experience) in a completely anonymous and private setting, you can always send me an email at admin@mysterydatewithabook.co.uk 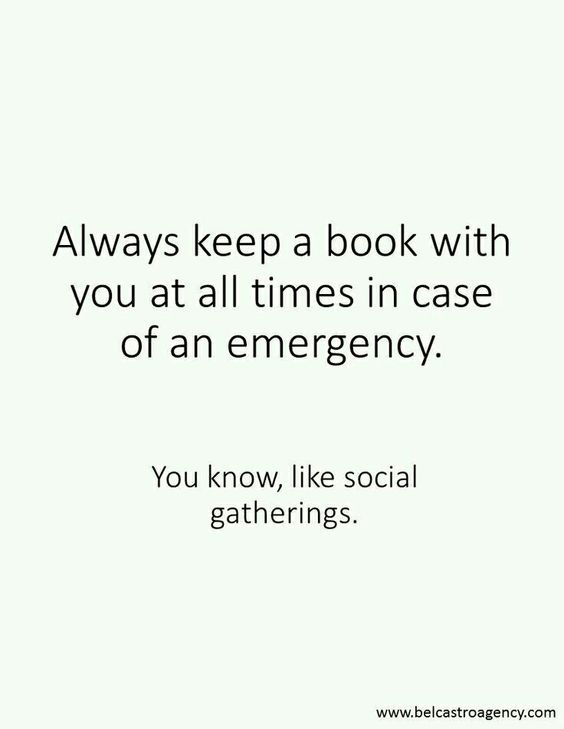 END_OF_DOCUMENT_TOKEN_TO_BE_REPLACED

It is freezing in the churchyard, even before the dead arrive.

Every year, Blue Sargent stands next to her clairvoyant mother as the soon-to-be dead walk past. Blue herself never sees them—not until this year, when a boy emerges from the dark and speaks directly to her.

His name is Gansey, and Blue soon discovers that he is a rich student at Aglionby, the local private school. Blue has a policy of staying away from Aglionby boys. Known as Raven Boys, they can only mean trouble.

But Blue is drawn to Gansey, in a way she can’t entirely explain. He has it all—family money, good looks, devoted friends—but he’s looking for much more than that. He is on a quest that has encompassed three other Raven Boys: Adam, the scholarship student who resents all the privilege around him; Ronan, the fierce soul who ranges from anger to despair; and Noah, the taciturn watcher of the four, who notices many things but says very little.

For as long as she can remember, Blue has been warned that she will cause her true love to die. She never thought this would be a problem. But now, as her life becomes caught up in the strange and sinister world of the Raven Boys, she’s not so sure anymore. END_OF_DOCUMENT_TOKEN_TO_BE_REPLACED