A Prep School Girl with a Hollywood Dream

Becca Harrington is a reject. After being rebuffed by every college on her list, she needs a fresh start, so she packs up everything and moves to LA, giving herself one year to land an acting gig or kill herself trying.

Unfortunately, not everything turns out as planned, and after a few grueling months, LA is looking like the worst idea ever. As hard as she tries, Becca can’t land an agent, she’s running out of cash, and her mom is hounding her to apply to more schools. In an act of desperation, Becca and her friend Marisol start posting short videos online—with the help of their adorable filmmaker neighbor, Raj—and the videos catch the attention of a TV producer. Could this be it? Her big break? Or will she have to move back home with nothing but some bad head shots and a monstrous credit-card bill?

Becca may not get the Hollywood ending she was hoping for, but perhaps she’ll learn there’s more than one way to achieve her dream.

(Disclaimer: I received an ARC of this book through Netgalley in exchange for an honest review. This does not affect the content in my review in any way, shape or form).

When I first read the blurb describing a story about “A Prep School Girl with a Hollywood Dream” I immediately thought “Oh, that sounds like fun!”, PLUS the book is being published by Disney-Hyperion which has come out with some great best-sellers in the past… so you can imagined my excitement when I received an email from Netgalley saying that my request had been approved! 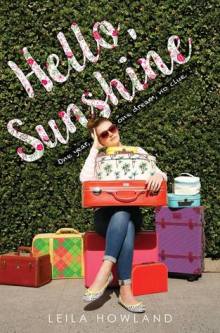 I read Hello, Sunshine in just a couple of days, and you all know how much of a slow-reader I am (if you didn’t know then you must be new. Hi there! * waves frantically in front of the screen * ). This is such a quick and fun read! And even though the story is not set during summer time, I feel like this would be a perfect summer read. It just has that sort of feeling to it.

One thing I didn’t like was the fact that all the characters (apart from Becca, who is our leading lady) feel rather under-developed. There is practically no backstory or motivation for them to befriend Becca. I mean, what did they do before Becca showed up? Did they know each other? Were they friends? Why don’t they ever mention any other people in their lives. It’s like they were all sitting perfectly still in an empty room, waiting for our main character to show up and be friends with them. What’s up with that?! Even the main character seems a bit “unpolished”. I mean, if you’re into acting and you are willing to move to L.A. to pursue an acting career then you probably know that you need headshots, right? I’m not being too harsh, am I? This is something that every Tom, Dick and Harry knows! Even if you’re not in the business of making movies…

And even though the story was very easy to read (which was very much appreciated by yours truly) it did seem unrealistic the way things just worked out so well all the time. This made me lose a bit of interest in the story to be honest. I knew that no matter how dreadful Becca thought things were going, some magical coincidence (or just plain luck) was going to rescue her and she would be on her way to the top again soon enough.

Hoooowever, this book has a great energy throughout and it’s fast-paced, so you are never bored. There are no 3-page-long descriptions or world building. Everything happens at a really good pace, and every chapter leaves you wanting to read more. Even after reading the last chapter of the book I was left wanting more, but not because the book was so good I didn’t want it to end, but rather because it was so open-ended that it left me with a few unanswered questions.

If you are looking for a lighthearted, quick summer read, then I would definitely recommend Hello, Sunshine by Leila Howland. 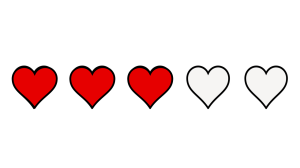