As some of you may know I wasn’t really into books growing up. It just wasn’t something that appealed to me at the time. But that doesn’t mean I didn’t read at all!

I didn’t read that much but when I did I had a few favourites. They’re not in any particular order here because they were all equally loved 😀 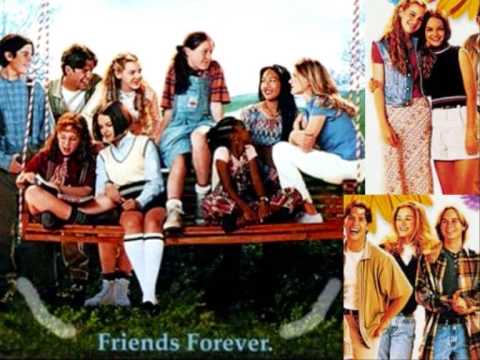 I know Ms Martin wrote a gazillion books in this series, and I haven’t read them all, but I used to love those characters so much! I read so many of their stories (and watched the film almost every day for weeks. It must have driven my mum insane!), it felt like they were my real friends… in real life (before I had a life, that is). Great books!

The Princess Diaries by Meg Cabot

Now, if you have never heard of The Princess Diaries (first of all, what’s wrong with you?!), it’s one of the best-selling teen series of all times! Mia Thermopolis is just an ordinary (sometimes invisible) girl who one day discovers she is actually a princess! The fact she is a sarcastic, clumsy, “odd” girl makes her princess skills comically difficult for her master. Meg Cabot is a genius writer who can easily relate to young girls in a funny and inspiring way. 5 out of 5 stars for The Princess Diaries!

101 Dalmations by Somebody at Disney (?)

For some unknown reason I can’t remember most of my childhood. Anything that happened before the age of 9 or 10 is basically tucked away in a locked chest, hidden in the basement of my soul (Oh the drama! Haha!). So, most of my childhood memories are gone, but one of the few memories I have of that time was a 101 Dalmations picture book that a family friend gave to me just before we moved to a different city. I absolutely loved that book! I took it everywhere with me. Even when we moved to another country a few years later I had that book in my suitcase. This may not be a masterpiece or a best-seller but to me it was the best book of all time.

Now, what child doesn’t love a good old comic book? Turma da Monica (AKA Monica’s Gang) was, and still is, an extremely popular series of comic books in Brazil. The stories focus on a group of 7 / 8 year olds who try to out-wit each other and often failing miserably. My little sister loved this series so much that she would always bring home a new edition from the school library, until one day my mum discovered a whole pile of over-due comic books under my sister’s pillow (Who knows if she ever returned them…!). I liked the comics but I wouldn’t go as far as steal from the school library (You can’t really blame my sister for trying though. She was only 4 at the time. Haha!).

The Chronicles of Narnia by C.S. Lewis

A classic! I think most people who enjoy reading fiction (or just books in general) have read at least one of the books in the Chronicles of Narnia series (or at the very least seen the film). The magical creatures, epic battles, and the relationship between the children make this series one of my childhood favourites.

Have you read any of those? What were some of YOUR childhood favourites?