I know this book is a bit controversial, as in some people love while others hate it. But I’m glad to say that I loved it! 😀

The story flows nicely. It’s not too rushed but not too slow either. The plot keeps you interested and genuinely concerned for what awaits the main character, Celestine.

The only drawback is the way Celestine (who’s supposed to be 17) speaks sometimes. She talks like a grown up at times, making comparisons and references that clearly came from the mind of someone way past their teens. But saying that, I loved how brave and compassionate Celestine was.

Overall, a brilliant book with a great concept and story line. The world that Cecelia Ahern built was realistic and captivating. The way the branding system worked and how “flawed” people were viewed by society seemed very real and frightening at times!

Does anybody know when the second book in the series is supposed to come out? I can’t wait to read it! 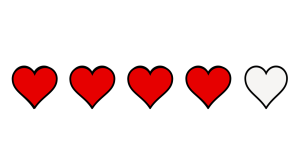