Before you say anything, I know. I know I’m terribly late to Lady Midnight’s review party 😦

It took me about a month to finish this book (Please don’t judge me… I had a lot going on) but now I’m FINALLY able to post this review! Hurray!

Here we go then…

In a kingdom by the sea…

In a secret world where half-angel warriors are sworn to fight demons, parabatai is a sacred word.

Emma Carstairs is a warrior, a Shadowhunter, and the best in her generation. She lives for battle. Shoulder to shoulder with her parabatai, Julian Blackthorn, she patrols the streets of Los Angeles, where vampires party on the Sunset Strip, and faeries—the most powerful of supernatural creatures—teeter on the edge of open war with Shadowhunters. When the bodies of humans and faeries turn up murdered in the same way Emma’s parents were when she was a child, an uneasy alliance is formed. This is Emma’s chance for revenge—and Julian’s chance to get back his brother Mark, who is being held prisoner by the faerie Courts. All Emma, Mark, and Julian have to do is solve the murders within two weeks…and before the murderer targets them.

(Yes, that’s the most appropriate word I could use to describe my feelings after reading 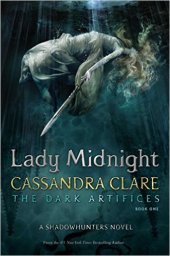 Lady Midnight is probably my new favourite Cassandra Clare book. It has everything, mystery, action, romance, murder, family, magical creatures… It’s a full-on page turner! The characters were brilliantly written. So much so that I feel like I know them personally. My only criticism about the characters (and this is probably my only criticism to the whole book) is that Tavvy is a 7 year old boy, but sometimes he seems to behave and talk like he’s much younger.

SPOILER ALERT: I understand that the main characters are much older than he is, so naturally they would see him as a little kid, but that doesn’t explain his behaviour. I mean, one day he is hiding under the table playing with his dinosaurs or sitting on the floor covered in sugar (just because nobody’s watching him), and only a few days later he’s teaching them all about poetry and history.

Maybe I just missed something… I don’t know.

If you haven’t read any of the other Shadowhunters books, don’t worry. The author explains things as you go through the story. I have read The Mortal Instruments series before starting Lady Midnight so I knew about the shadowhunters world, but if I hadn’t I don’t think I would have any trouble following the story. Everything you need to know is well explained in this book.

I especially loved how complex and real the characters were. Their personalities and background influencing the way they think and behave (A hidden treasure for a psychology student!).

If you enjoy fantasy and/or young adult books I’m begging you READ THIS ASAP! 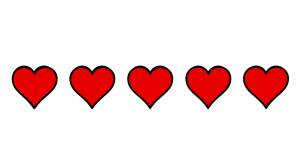 Leave a Reply to Mystery Date with a Book Cancel reply